Founded in 1917, the Chinese Institute of Engineers – USA (CIE-USA) is a non-profit professional organization of Chinese-American engineers, scientists and other professionals. The objectives of CIE-USA are to promote Science, Engineering, Technology and Mathematics (STEM) in all communities across United States and provide recognitions to the APA professionals at the national level. 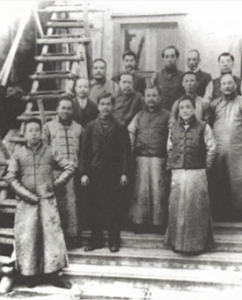 From 1931 to 1936, annual conventions were held every year. The convention sites rotated every year to facilitate the participation of the local chapters, in the following orders: Nanking 南京, Tientsin 天津, Wuhan 武漢, Chi- nan 濟南, Nan-ning 南寧, Hangchow 杭州. 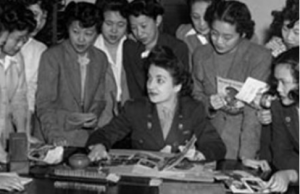 The organization remained active during the World War II in Chungking, re-established the convention in 1938, and formed chapters in Kunming (昆明), Chengdu (成都), Kweiyang (貴陽), Lanzhou (蘭州), Kweilin (桂林) and Hengyang (衡陽).
During the period of Japanese invasion of China, CIE ancestors provided the needed technical services to the government to defend China.

After the V-J day (victorious against Japan) in 1945, China was in the period of post war consolidations, no CIE annual convention was organized until 1948. The first post war convention was held in Taipei and well attended, CIE chairman that year was the model engineer/professor Dr. Yi-Sheng Mao 茅以昇, with Dr. Y. H. Ku 顧毓琇 and F. J. Sah 薩福鈞 as vice chairmen. A good number of engineers and technical management team drew the assignment working in Taiwan, taking over the Japanese government owned industries and utilities. It was unfortunate that immediately after the World War II ended, the civil conflict in China developed into a full scale civil war. In 1949, the government of the Republic of China (ROC) and her army retreated to Taiwan. 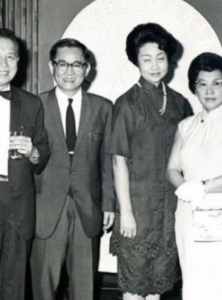 The activity of Chinese Institute of Engineers in mainland China was suspended after 1949, however, the engineers continued to contribute in the courses of rebuilding the infrastructure under the leadership of the government of the Peoples’ Republic of China. Over the years, there have been ups and downs in the rebuilding progress, influenced by many other factors such as man made and natural disasters; but the end results in the long run were still good. Railroad network was greatly expanded. Communication systems advanced. Wuhan Bridge was built to connect the North and South China. The Qiantang River Bridge 錢塘江大橋 and the Yellow River Railroad Bridge were re-built. Electrical power generation was catching up to the demand of new industrial development. etc.